Warning: "continue" targeting switch is equivalent to "break". Did you mean to use "continue 2"? in /data/4/b/4bcde65f-fd39-4f5f-b20c-f7c2856083e0/teachertrainingcentre.com/sub/divadlo/wp-content/plugins/revslider/includes/operations.class.php on line 1946

Warning: "continue" targeting switch is equivalent to "break". Did you mean to use "continue 2"? in /data/4/b/4bcde65f-fd39-4f5f-b20c-f7c2856083e0/teachertrainingcentre.com/sub/divadlo/wp-content/plugins/revslider/includes/operations.class.php on line 1950

Warning: "continue" targeting switch is equivalent to "break". Did you mean to use "continue 2"? in /data/4/b/4bcde65f-fd39-4f5f-b20c-f7c2856083e0/teachertrainingcentre.com/sub/divadlo/wp-content/plugins/revslider/includes/output.class.php on line 2659

Warning: Parameter 2 to qtranxf_postsFilter() expected to be a reference, value given in /data/4/b/4bcde65f-fd39-4f5f-b20c-f7c2856083e0/teachertrainingcentre.com/sub/divadlo/wp-includes/class-wp-hook.php on line 307
 Interactive workshop for non-native English-speaking actors – Bridgin'V4 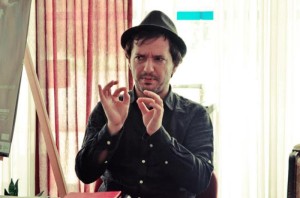 Oliver Micevski is a Macedonian theatre director. After graduating from the National academy of dramatic arts in the Macedonian capital Skopje, he worked for in one of the world known advertisement agencies Publicis.

In 2009 he got a scholarship from Norwegian government in order to specialize on the works of the playwright Henrich Ibsen in the Ibsen´s center at the Oslo´s University. Afterwards we also worked in Hungary – Budapest, where he founded Theatre on the Roof, which focuses on the English speaking repertoire.

Oliver Micevski´s productions have been successfully introduced all over Europe. His main interest is the minimalist theatre and the vision of the theatre for the future. 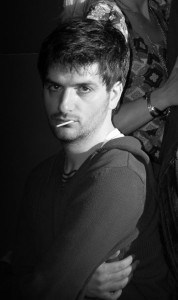 Daniel Hall is an actor from Oxford, U.K who graduated in Psychology in the U.K. He is active in Budapest’s most significant English language theatre group, Theatre on the Roof. He has also worked in Budapest-based film, television and commercial voice-over fields, as well as conducting numerous workshops and training programmes. 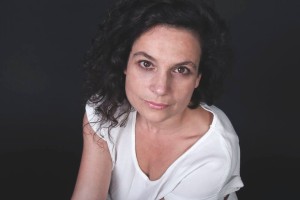 Timea Kasa is an actress from Hungary. Her acting career started at Szeged National Theatre’s Studio. After graduation, she went on to Paris to the international school of theatre of Jacques Lecoq, where she got her degree in 2007. Since 2011 she has been living and working again in Hungary and is one of the founding members of Theatre on the Roof.